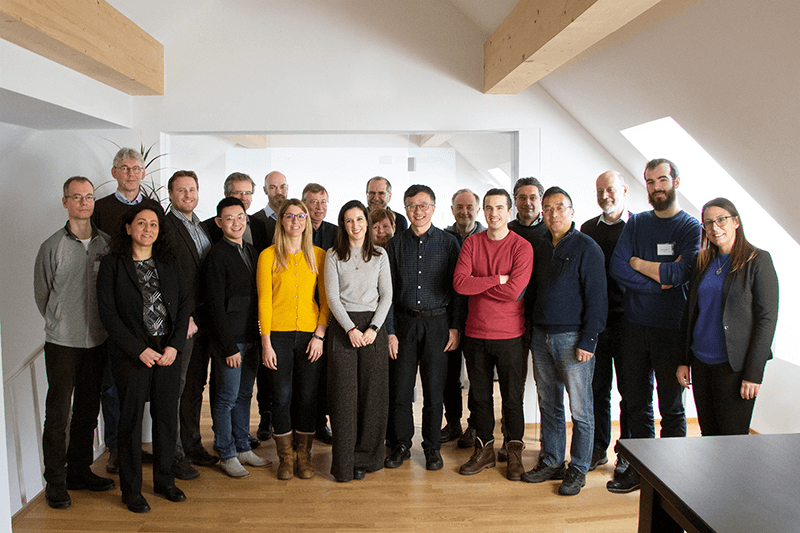 The Car2TERA project launched with a well-attended kick-off meeting in Villach, Austria on Jan 28-29. Project partners gathered to plan, organize and designate duties for the next 39 months. Work packages were discussed and a forum was available provide answers to questions. The Car2Tera project is a direct descendant of the M3TERA project which finished up last year. Many of the technologies and discoveries from M3TERA are used as a baseline of knowledge upon which new targets are aligned. In Car2Tera, partners seek two fulfill two primary tangible deliverables. One is a demonstrator for sub-terahertz (150-330 GHz) cabin sensing radar apparatus. The other is a model of communication using plastic fiber channels for signal carrying. The sub-terahertz frequencies require high bandwidth and plastic seems to be a robust choice. The overarching goal of Car2Tera is to make inroads into the high bandwidth applications of autonomous driving by exploiting the well-suited sub-terahertz domain.

Manage Cookie Consent
To provide the best experiences, we use technologies like cookies to store and/or access device information. Consenting to these technologies will allow us to process data such as browsing behavior or unique IDs on this site. Not consenting or withdrawing consent, may adversely affect certain features and functions.
Manage options Manage services Manage vendors Read more about these purposes
View preferences
{title} {title} {title}